Borussia Dortmund has been playing a leading role in the European football scene during the past ten years. The club has achieved the Champions League’s second place in 2013 and winning two Bundesliga trophies in 2011 and 2012. BVB is also known for its development of young players, such as Mario Götze or Ousmane Dembélé.

We have interviewed Borussia’s Managing Director in Asia Pacific, Suresh Letchmanan, and discussed the current situation of BVB and the Asian Football Industry scene in general.

Hi Suresh, can you tell us a little bit about your career and experience in the football industry? As I understand you didn’t start working in the industry until a bit after graduation. What can you tell us about it?

I have a diverse background of a career. I worked for around six years in the legal industry and graduated from the UK, reading law. Even though I started on that path, I always had a huge interest in sports, so I did my master’s law degree in International Sports Law at Anglia Ruskin University, England. I was involved a lot with sports law related work and it was a difficult move for me to start a new career totally in sports but I was particularly passionate about football.

In my younger days I played football at a semi-professional level, so when I saw the opportunity to work around this sport, I jumped on it without hesitation. I got the break at World Sport Group, Lagardere Sprts for three years and thereafter a further two years at a city law firm in Singapore before joining Dentsu Sports Asia, as the company’s Vice President. The opportunity to work with Dortmund came around 5 years ago. I’ve been in the industry for around close to 12 years and I am very passionate with the work that I’m doing here at Dortmund an am also familiar with the activities and the sports business in and around Asia.

Have you seen a lot of changes in the Asian football industry? There is a World Cup coming in 2020 in Qatar and the AFC just organised an amazing Asian Cup, which has been a great success. The AFC revealed that the 836 million interactions during the tournament broke the record, and that in many cases, fan engagement was ten times higher than in the previous cup in 2015. How do you see the future of football in this continent?

Asian football has grown tremendously and rapidly over the years. The quality of football is getting stronger and closer to some of the leagues in Europe. One example is that you could see many Asian players plying their trade in Europe. I can speak about the Bundesliga, where, for instance, we have so seen many Japanese players playing in the league.

Furthermore, it is a great spectacle to see how successful the Asian Cup has been. There’s a lot of media interest and also brand exposure for the local brands as well as a great deal of partners and sponsors interested in participating in a tournament like this. It’s also a great platform to see top Asian talents on display.

It is also important to notice how smaller nations have closed the gap with the traditionally bigger football-driven nations. Vietnam is a great example of that, but you can also look at what India has done in the last few years to get closer to the “big boys”. China is another good example, with a great professional league that helped them pushed their national talents forward.

Borussia has been growing both as a club and as a brand, what can you tell us about the work you’re doing? What are your club’s strategies in Asia? Are you looking for sponsorships, to build academies or a mix of everything?

There are a lot of things that we expect to accomplish here in Asia and we have organically grown our visibility and reach in the last five years in Asia. However, the first important element for a club like Borussia Dortmund to achieve is for us to be closer to our fans. We would like to think that we are a club that is always close to the people. An example of that is our stadium, where you can see 25 thousand people on the south stand at every home match. It’s an amazing spectacle and atmosphere. Here at Dortmund it’s in our DNA that we maintain a close relationship within our club including our fans, staff, coaches, players and partners. We’re a family here.

For us in Asia it’s important that we are seen and to be present in the various markets in and that’s why we were the first German club to come to this Continent. We would like to continue to be closer to the Asian audience, fans, partners, media and the Football community. We also want to be close to those who can’t afford a trip to Europe to watch the team play in the stadium, that’s why we bring the team to Asia, with our players, legends and create nice stories.

Secondly, we want to export our knowledge. A club like BVB has a very strong technical knowledge of how to grow talent. We have a great youth-driven philosophy and we would like to share that with Asian market. There are many ways to do it, such as club development programmes or just by sharing our knowledge with the academies, clubs and schools here. What ever we do we want to do it in an authentic way and at the same time keep the intensity to grow more black and yellow hearts.

Thirdly we want to add more black and yellow colour to Asia. We want to grow our merchandise and to have more people having access to our products. It’s nice to see some black and yellow in this region; it’s a nice colour and you can use it even to go to the cinema or for a night out.

We want to be present in each and every way. Sometimes we send our former legends to meet the fans; some other times, our current players come to Asia in the preseason to share stories, talk with the media or just to a meet and greet with our fans.

If we do all these exercises we might also find the possibility of securing a new partner or sponsor, but that’s not our first aim: our first one is to be closer to our current and future fans.

Bundesliga has also grown a lot in the past few years. There has been an increase in the amount of money invested in it, and we’ve seen how the German league has topped the Italian one in the UEFA ranking. This great success has come hand in hand with the one in the German National team. Also, many young talents in Europe are coming from German teams. What’s the secret behind this great success in German football?

The most important thing is to develop and cherish the youth. They are the future. The German clubs give the young players a chance to play on the big stage, in huge competitions like the Europa League or the UEFA Champions League. You can find examples of that in our club, like Christian Pulisic, but this youth-driven philosophy happens also in the other Bundesliga clubs as well.

We see many players coming at a very young age and become superstars. The latest example of that is Jadon Sancho. I believe that this philosophy makes our league really attractive and special.

Secondly, we have the best fans. Every stadium is full on every match day and you can see and feel a huge amount of emotions, adrenaline, passion, character and support in the air. It’s unbelievable what we see every weekend in the Bundesliga. Every match, at our stadium we have close to an average of 81.000 attendance and for some fans it has become difficult to get hold of season tickets. 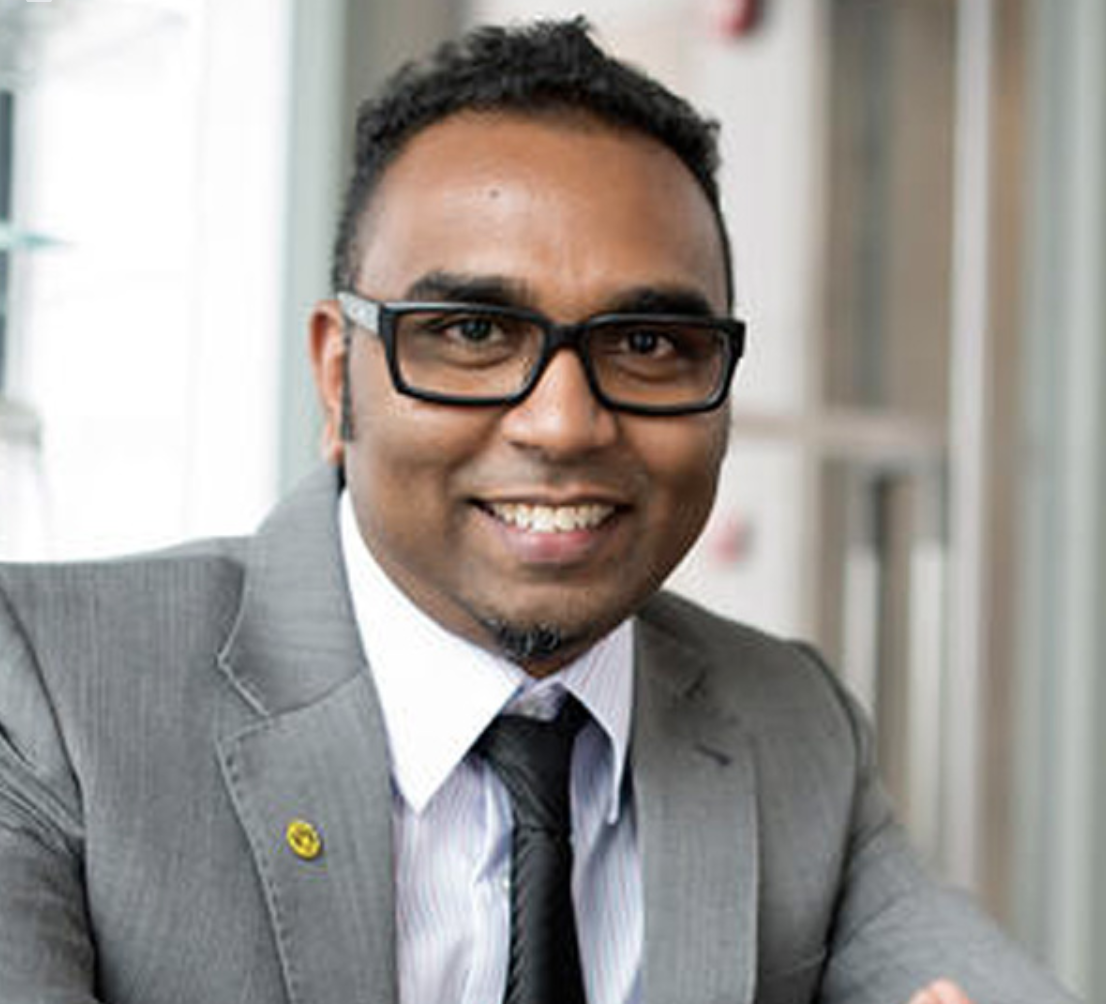 That’s another thing that says a lot about the boom that the German football is experiencing. How do you think that it happened? What’s the difference between the way Spain, England or Italy are having their strategy in attendance. German attendance is the highest in the big five leagues. Does it have to do with the price?

Absolutely. You need to keep prices at a reasonable and affordable rate for the people to continue to come and support their teams. At the end of the day the fans are the ones that are spending the money at the club and are the ones that go to the club’s shops to buy scarves and all sorts of merchandise.

We want our fans to have a fruitful and wholesome experience, not just a trip to the stadium and back home. It is nice to see families going to the matches and be able to buy a drink, some food or even make a visit to the museum on an affordable price. That’s why we offer discount prices with the tickets, or bundle it with a visit to our club museum for example, which, at the same time, makes the fans happy and attracted to the club. Also, at the end of the day, that’s money that is coming back to the club, and it’s a way for the fans to keep supporting us.

Finally, what’s your opinion about World Football Summit? It is the first time that WFS arrives in Asia, an ever-growing market. What do you expect to accomplish there?

This is a great platform. It is amazing to have all the top different industry football players coming in one day and all in one place and ready to share their knowledge. its the football community and it’s nice to see and meet everyone at the same spot. It’s also great to share with each other what each of us are doing at our respective clubs. Is a great stage and I look forward to attending and supporting the event.